You are here:
Adventure Stories

A Guest’s Perspective – Exploring the Tribal Park by Bicycle 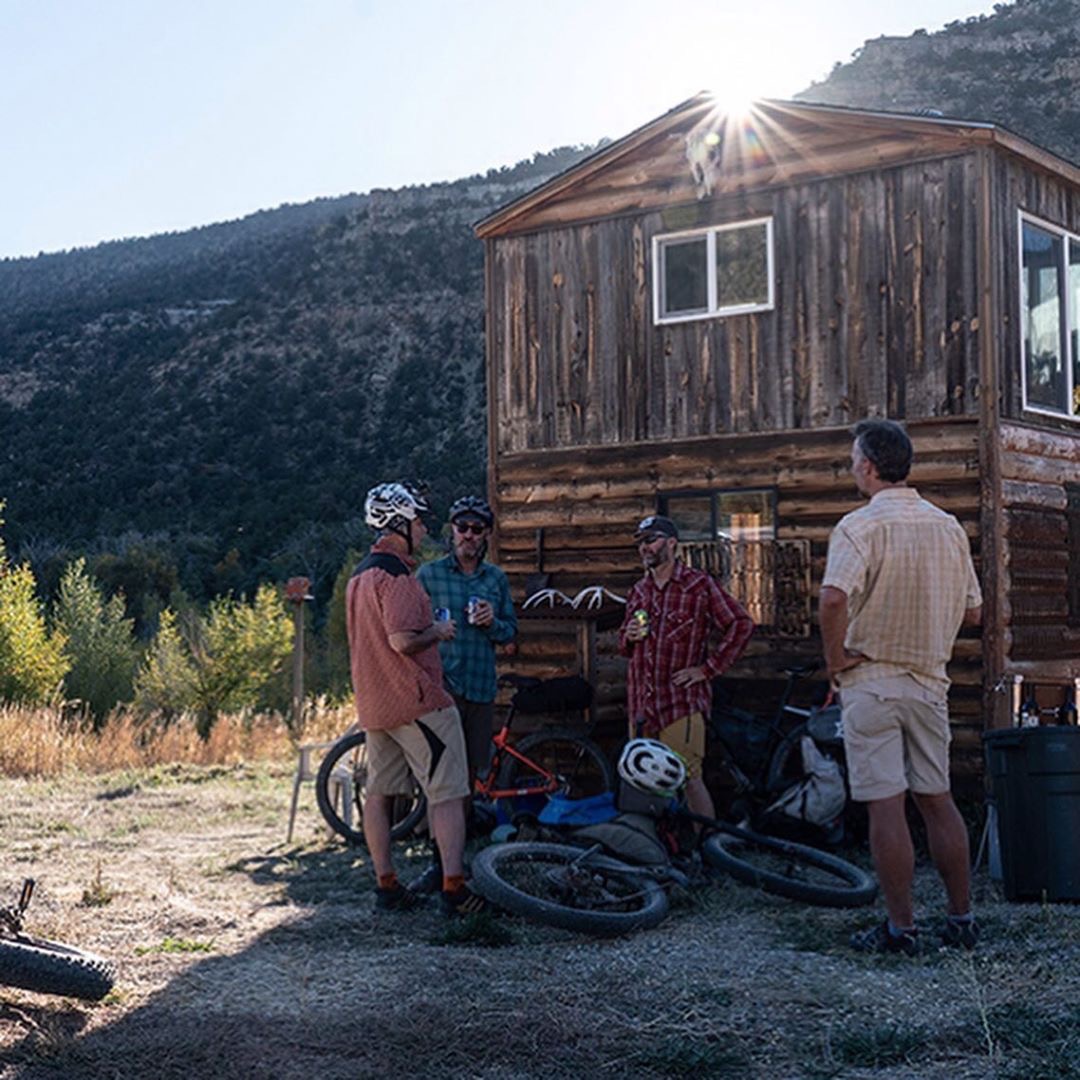 As we all gathered in Mancos to start the ride, I introduced myself to the rest of the crew who would be traveling with me for the next few days–Mike, Spencer, Geoff, Ian, Jonathan, Uncle Dusty, Whit, and Doom.

The route to Scullbinder Ranch took us south of town, where rural America is alive and doing just fine, thank you! Upon reaching the Ranch, Doom took us on some of the trails around before showing our accommodations for the night (glamping tents set near the river).

After settling in, I headed to the rear of the lone building on the property–the cabin–where a couple of chefs (Ren & Jesse) started to cook food over the open fire. The group quickly became enveloped in different discussions of past bicyling adventures we had taken. 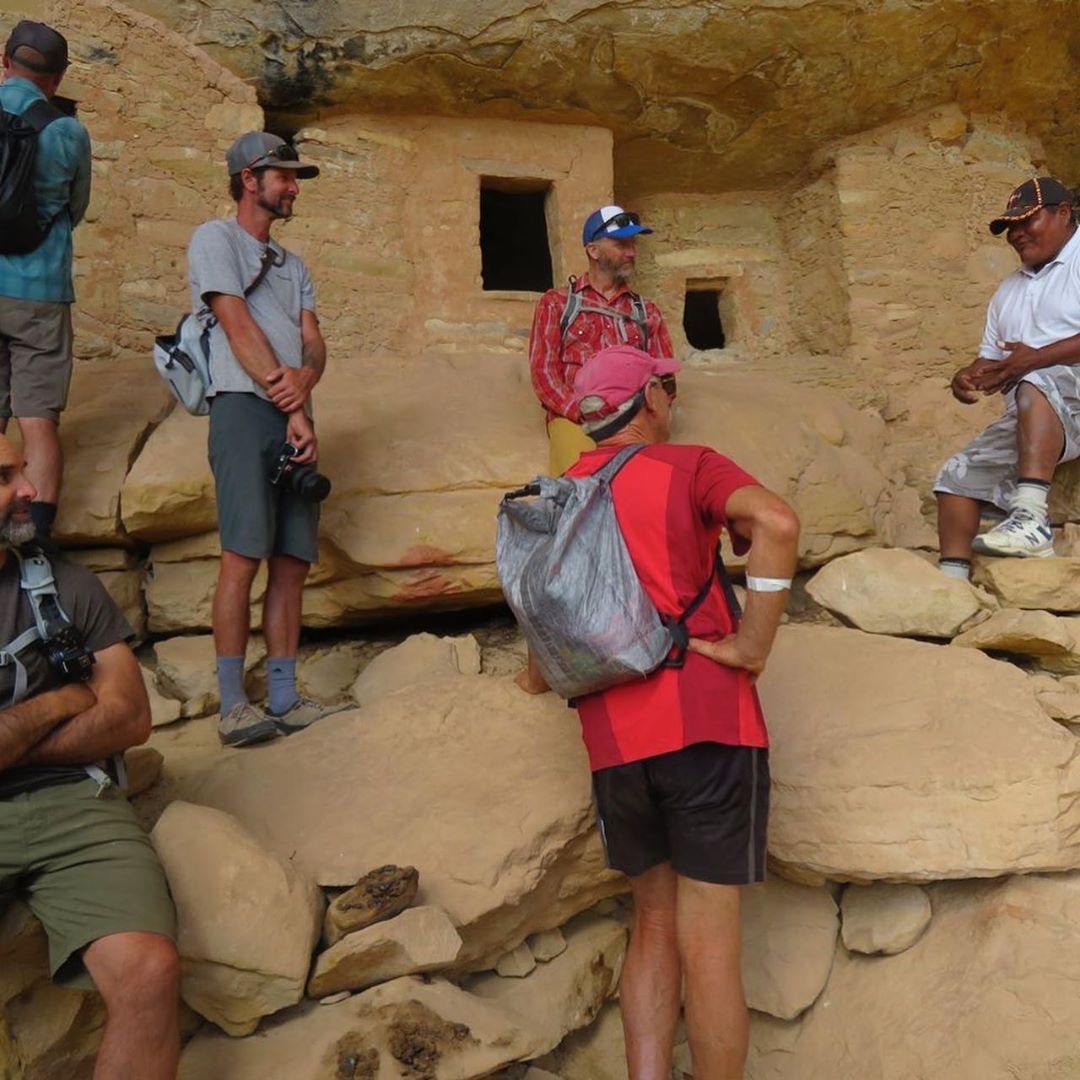 The next day took us to the top of the canyon walls of the Ute Mountain Ute Tribal Park, where we rode the mesa’s around to the edges above the Eagles Nest dwelling. Wolf met us again and guided us to visit various dwelling situated in Lion Canyon, where as a child he would play beneath the waterfalls that would cascade down from above.

That evening we camped on top of the mesa and, as you may imagine, the topic soon turned to those who roamed the landscape in the past. 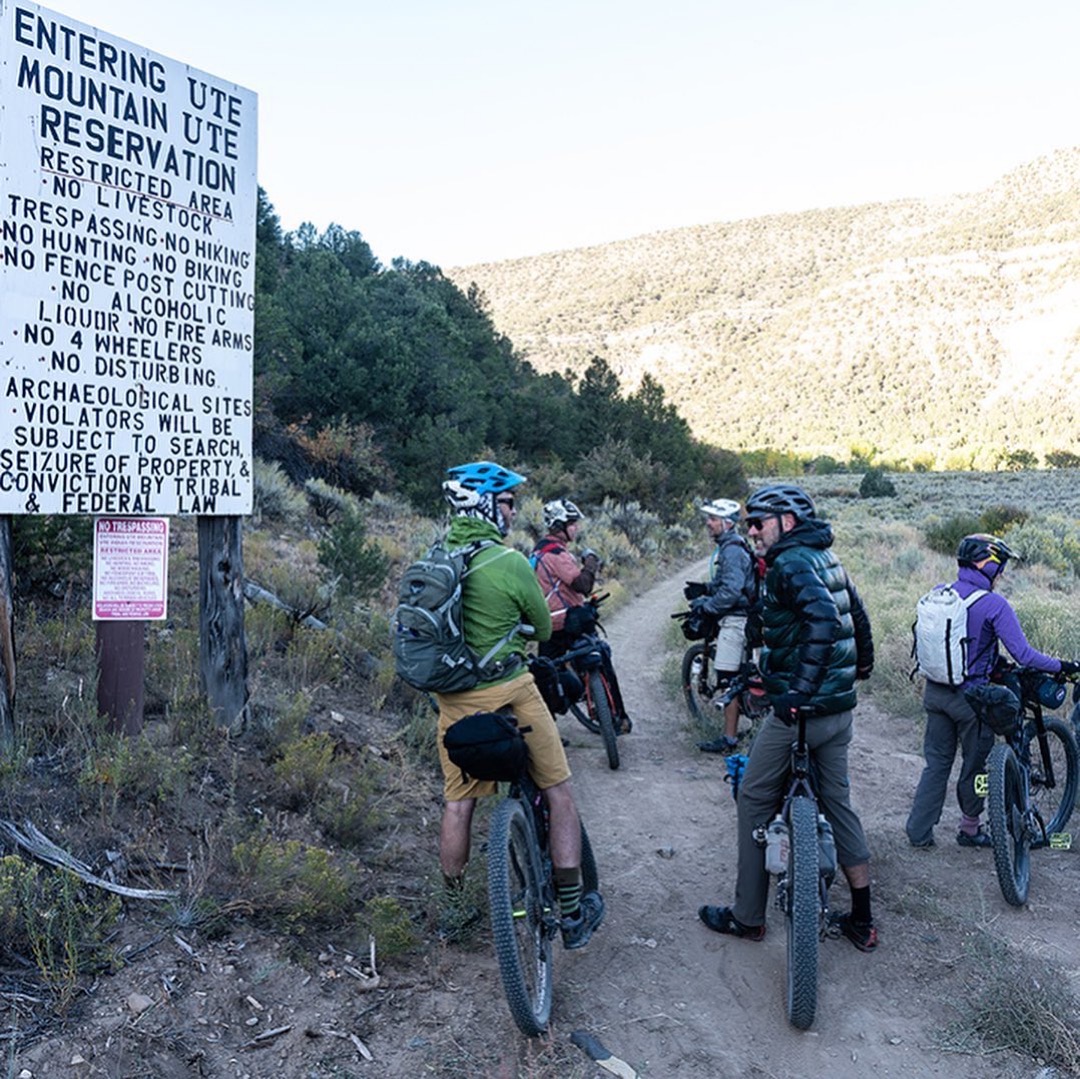 A cold morning came quickly, and we huddled in and around the cabin drinking coffee, eating breakfast and getting our bikes packed for the days ahead.

Our route, starting 10 miles down into the Ute Mountain Ute Tribal Park, would retrace a route originally taken by William Henry Jackson, an American painter, Civil War veteran, U.S. Geological and Geographic Survey photographer and explorer. He visited the area in 1864 to photograph Two Story House, which we planned to explore later in the day with our guide, Wolf. By the sound of Jackson’s notes it appeared we would be camping, if not in the same spot, very close to the very spot they camped 155 years ago!

On our last day, Doom took us west into La Plata County and the Cherry Creek Drainage, which was settled by German Lutherans in the late 1800s. We made sure to visit the small cemetery at the north end of the valley. This side adventure once again led me to wonder about those who lived here in the past and how many descendants may still live here today.

The last bit of the trip took us over one last saddle and on into the Mancos, where we gathered at the Brewery to celebrate the completion of our journey. The trip left me wanting to understand more about the area and the cultures that occupied the landscape we were able to enjoy during our brief stay.

Want to learn more about the Tribal Park? Check out the video below, or follow this link to read an oldie, but goodie National Geographic article about it. You can also get more information on the Ute Mountain Ute website. Also, check out Neil’s photo gallery below the video!

Email us to schedule your group’s private tour dates, or click here to sign up for one of our scheduled spring/summer 2020 tours.

How To Figure Out Your Perfect Packraft Paddle?
December 16, 2022

Shredpacking: How to Handle a Loaded Bike While Bikepacking
September 19, 2022
Sign up for our newsletter or send us a message!
Go to Top